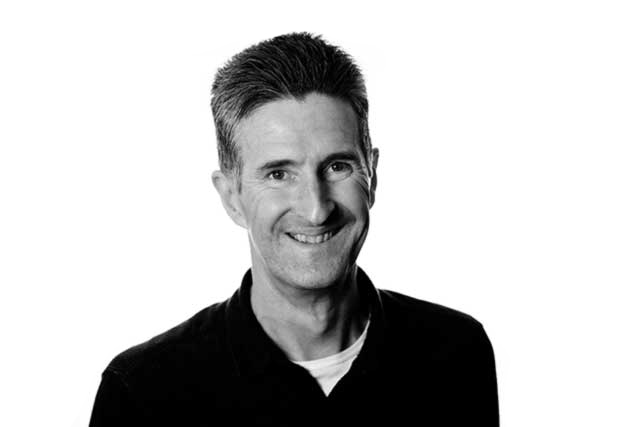 Phil founded The Edge when it opened for business in 1991. Now in its 28th year, The Edge has won over 600 major international awards in that time and leads the global field as the UK’s leading Corporate Film Production Company, renowned for its outstanding creative programming and a first class track record - a record that Phil has personally played a crucial role in achieving. Phil has always been passionate about the power of moving images as a way of grabbing the ‘hearts and minds’ of business audiences (internal and external) to elicit behavioral and attitudinal change.  Many of his films are cutting edge and have been highly acclaimed for their creativity, winning numerous UK and International communication awards. 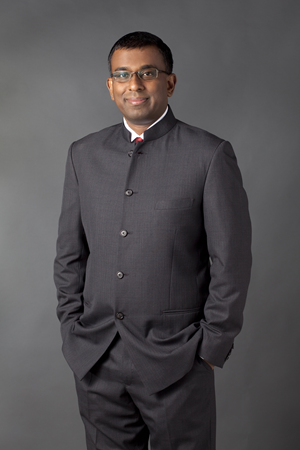 Mr Walter Fernandez is the Editor-in-Chief of Mediacorp. He oversees all news and current affairs content on television, radio and digital across English news brands such as CNA and TODAY as well as vernacular brands such as Berita in Malay and Sethi in Tamil. CNA was named the Channel of the Year by the Association of International Broadcasting (AIB) based in London in 2020. Mr Fernandez has been a journalist and editor for over 25 years and manages more than 1,000 staff in Singapore and around the world. In the past three years, he has led the accelerated digital transformation of the traditional newsrooms in Mediacorp. He also oversees AI strategy and solutions for the newsrooms and broadcast engineering for Mediacorp.

Mr Fernandez has been concurrently appointed as Chief Sustainability Officer with effect from 1 May 2021. He will drive Mediacorp’s sustainability initiatives and action plans across its business and among its staff. 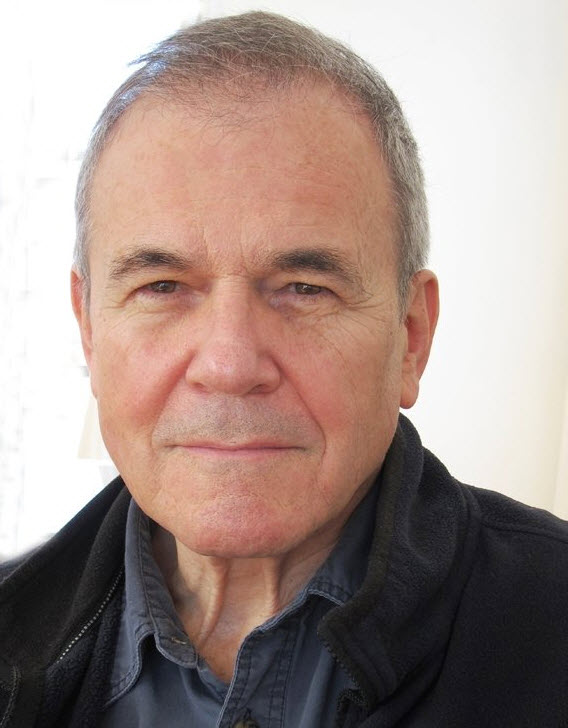 With four decades of experience in documentaries and network news programs, Mr. Frye has been an independent documentary producer and director since 1988. Since that time he has completed more than 20 documentaries. Previously, during his 14-year career at ABC News, he was the founding executive producer of "ABC World News Tonight" with Peter Jennings, the executive producer of “Good Morning America” and the creator of “World News This Morning.”

Frye was producer of the ABC Evening News while at ABC News in Washington D.C. with Barbara Walters and Harry Reasoner from 1976 to 1978 prior to his being assigned to the London bureau. As Washington Bureau Chief, he helped establish a news syndication service Television News Inc (TVN) which was a forerunner of CNN.  The bureau was responsible for breaking stories related to Watergate, the resignation of Vice President Spiro, and the resignation of Richard Nixon.

He began his network career as a page at NBC and moved on to NBC News as the researcher to Frank McGee and the NBC Instant Specials unit, covering such stories as the assassination of JFK and the overthrow of Nikita Khrushchev.

Frye’s documentary “In My Lifetime: A presentation of The Nuclear World Project,” was an official selection of the Global Peace Film Festival, telling the story of the sixty five year struggle to find solutions on how to dispose of and reduce the number of nuclear weapons in the world.  “In My Lifetime” earned a Silver World Medal in the 2013 New York Festivals TV & Film Awards.

His other documentaries deal with complex international subjects and include “Freedom without Walls” (2009) commemorating the 20th anniversary of the fall of the Berlin Wall; “The Berlin Trilogy” (2006) exploring 20th century Germany in “Kristallnacht: The Journey from 1938 to 1988”; “Journey of a City”; and “The Berlin Airlift.” Frye also produced and directed “The Journey of Butterfly,” a story of the Nazi ghetto at Terezin in Czechoslovakia, and “Russia: Facing the Future” (2001).

Throughout his career, Mr. Frye’s body of work has received numerous industry accolades - the Emmy Award, two duPont-Columbia University Silver Batons, the  Peabody Award, the George Polk Award, the Christopher Award, a Rockie Award from the Banff Film Festival, a Golden Hugo from The Chicago International Film Festival, a Headliner, the IRE (Investigative Reporters) and a CINE Golden Eagles, as well as Gold and Silver Plaques from the Chicago International Film Festival’s INTERCOM. 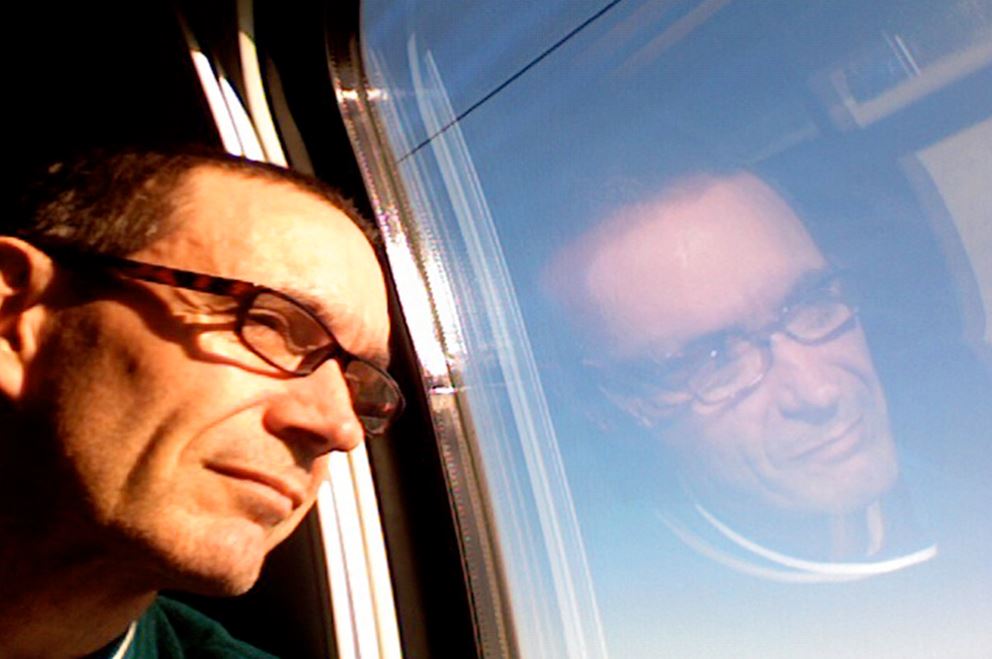 Alexander Hahn is a pioneering electronic media artist. He received his MFA from the University of Fine Arts, Zürich/CH and is a 1981 fellow in the Whitney Museum Independent Study Program. His videos, installations and computer prints are exhibited worldwide, most recently at the San Francisco Museum of Modern Art, the Kunstmuseum Solothurn/CH, the Padiglione d’Arte Contemporanea, Ferrara/IT, and the National Art Museum of China, Beijing/CN. Among his awards are the New York State Council on the Arts Grant, Zurich Work Award, and the Swiss Federal Grant. He lives in New York. 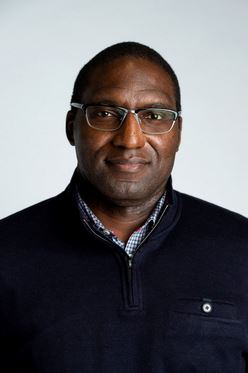 Brian Lockhart currently serves as senior vice president of ESPN+ Original  Content and ESPN Films. He is responsible for overseeing strategy and development of all original programming initiatives under the ESPN Films umbrella, as well as original series and studio shows on ESPN+, ESPN's direct to consumer streaming service.  He previously served as executive producer of Original Content for ESPN+.

Prior to his role at ESPN, Brian was vice president and executive producer of Original Content for NFL Media. He was responsible for overseeing the development and production of a wide array of content on multiple platforms, from long-form documentary series to digital media ventures and features. His responsibilities also extended beyond storytelling to include production, business development, and strategic leadership across several divisions. Brian developed, produced, and launched the NFL Network Originals series Undrafted and Football Town, and the digital series NFL Life. He was also the driving creative force behind the development of the original NFL Network documentary series The Timeline, highlighted by the critically acclaimed installment “America’s Game” and “The Iran Hostage Crisis.”

He began his NFL tenure in 2007 as coordinating producer for the network’s Features group. There he helped construct and develop the short form unit that would grow to service multiple news, information/studio shows, and social platforms, and he steered the division’s embrace of digital storytelling outlets. Among the highlights of his tenure were digital/broadcast hybrid projects that earned him three of his eight career Emmy Awards: the groundbreaking multiplatform experience JFK: The Untold Story of That Day in Dallas and the digital series The NFL Season: A Biography. His impact on the NFL Media Group extended beyond the successful content itself. As one of the highest-ranking executives of color, he served as a member of the National Football League Diversity Council, and his work as co-chair of the Black Engagement Network earned him the 2018 Commissioner’s Award for Teamwork.

Prior to his NFL tenure, Brian spent six years as a features and replay producer for HBO Sports from 2001 to 2007. There he produced and developed nonfiction, news, and live event programs including Inside the NFL, World Championship Boxing and Costas Now. 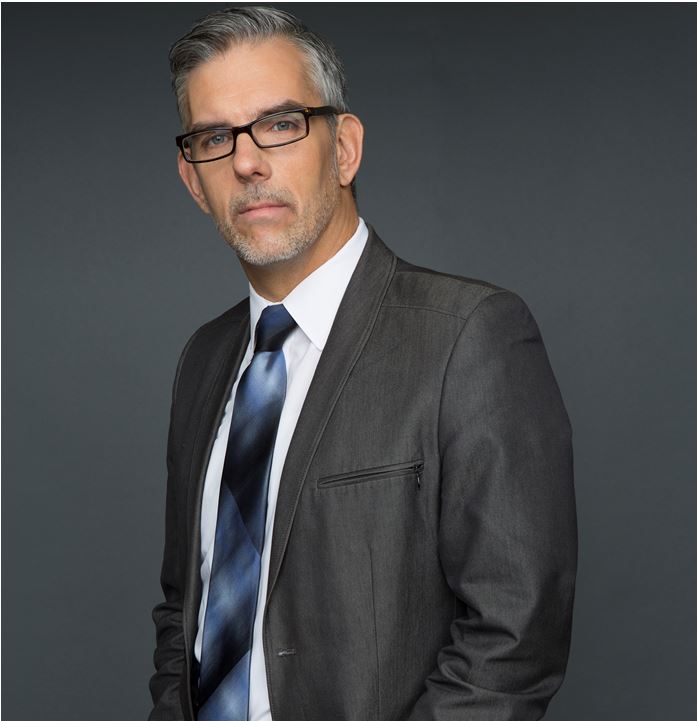 Bill McCullough is an 11-time Emmy Award winner who now serves as Executive Vice President at FaZe Clan.  Previously, he was Vice President/Head of Content Development for NFL Media.  After 2 award-winning seasons as a Creative Director in the Marketing group where he helped drive record ratings, Bill moved to the content side of the organization where he was tasked with developing and executing a multi-platform content strategy for NFL Media.

During his time at HBO, Bill creative directed and edited the Emmy Award-winning HBO documentaries Breaking the Huddle, Assault in the Ring, Lombardi and Namath.   He won his first Emmy for editing the HBO documentary Howard Cosell: Telling It Like It Is.

Bill also directed the critically acclaimed HBO series’ Real Sports with Bryant Gumbel and State of Play, and won his most recent Emmy as Director for Outstanding Sports Anthology.  Other HBO projects include shows like The Chris Rock Show, Inside the NFL, Real Sports with Bryant Gumbel, and Reverb as well as campaigns for Sex and the City, Carnivale. Angels in America, The Sopranos, Six Feet Under, Def Poetry, and HBO Sports.

Bill has won Emmy’s as a Producer, Director, Creative Director, Editor and Composer. 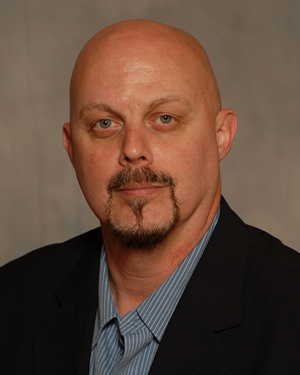 Michael Pearce is the former Head of Global Initiatives for Yahoo Studios in charge of major events coverage and global video production.

In his previous role as Head of Sports for Yahoo Studios, Mr. Pearce directed coverage of five Olympics and two World Cups for Yahoo and created and launched award-winning series such as Memorable Moments, Elite Athlete Workouts, Fantasy Football Live and the Yahoo Sports Minute.

Mr. Pearce spent 20 years in television news as a reporter, producer and executive producer before joining Yahoo in 2005. 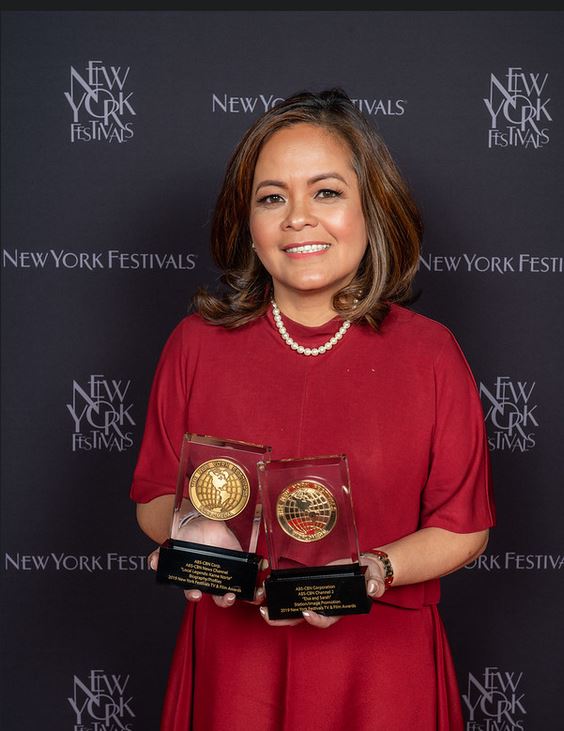 Ma. Regina Reyes is responsible for all newsgathering, content and strategic direction of the Integrated News Division of ABS-CBN Corporation. She has over 20 years of solid experience as a broadcast journalist.  During her leadership, all news platforms of ABS-CBN – free-to-air, UHF and cable channels, digital, mobile and social media, radio and global became integrated.  Reyes also established a Futures, Standards and Practices Group that aims to ensure the accuracy, balance and fairness of ABS-CBN News content.

Reyes joined ABS-CBN in 1986 as a Production Assistant, rose from the ranks to become Executive Producer and Head Writer of the award-winning late night newscast, The World Tonight.  She supervised and produced live coverage of many special events, including the 2000 Impeachment Trial of former President Estrada.  She was appointed News Director in 2001.

Prior to her promotion as SVP of Integrated News, Reyes was the network’s North America News Bureau Chief from 2002 to 2010.  A premier news personality in the Filipino-American community, Reyes established and expanded ABS-CBN’s news operations in the US and Canada.

She covered issues on Philippine-US relations, Filipino-American community concerns and US politics, including the historic 2008 US presidential campaign and elections.

Reyes also helped in the community-building efforts of The Filipino Channel in North America.  In 2007, she was named by the Filipina Women’s Network as one of the 100 Most Influential Filipino Women in the U.S. 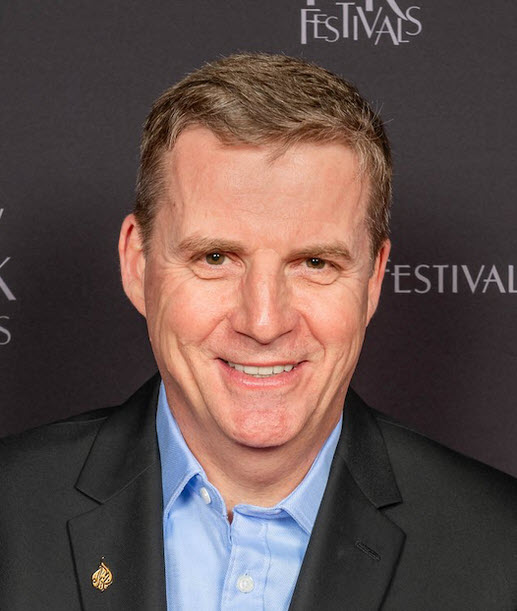 With over 30 years’ experience in the news media industry, Giles Trendle is Managing Director of Al Jazeera English news channel leading a major, award-winning challenger brand with a purpose-driven culture delivering compelling news and current affairs content across linear and digital platforms with an editorial team of over 400 people based in broadcast centres of Doha, London, Washington DC as well as in over 50 bureaus around the world. With extensive experience in the Middle East, Trendle recognises the critical importance of people-oriented leadership rooted in multicultural understanding, consensus-building and a demonstrable commitment to diversity, inclusion and authentic voices. 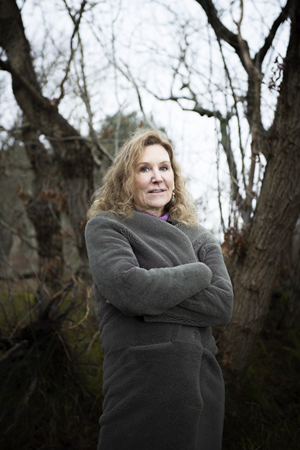 Ellen is the CEO of WaterBear Network, overseeing the strategy and direction of the new free streaming platform dedicated to the future of our planet.

Prior to WaterBear, Ellen was owner and CEO of Off the Fence, having founded the company in 1994. Under her leadership, Off the Fence acquired, produced, and co-produced over 6,000 hours of content.

Ellen is a seasoned Executive Producer and Distributor and has produced over 500 hours to date herself. She executive produced My Octopus Teacher, which won this year’s BAFTA and Oscar for Best Feature Documentary. She is the Chair of the Jackson Wild Film Festival Board, Honorary President of the Sunnyside Doc 2019 festival in La Rochelle, France and is active in conservation and land development. Ellen was presented with Wildscreen’s Christopher Parson’s Outstanding Achievement Awards 2018. She has three children and a great passion for the outdoors.